The Future of E-Rate & How to Capitalize on It 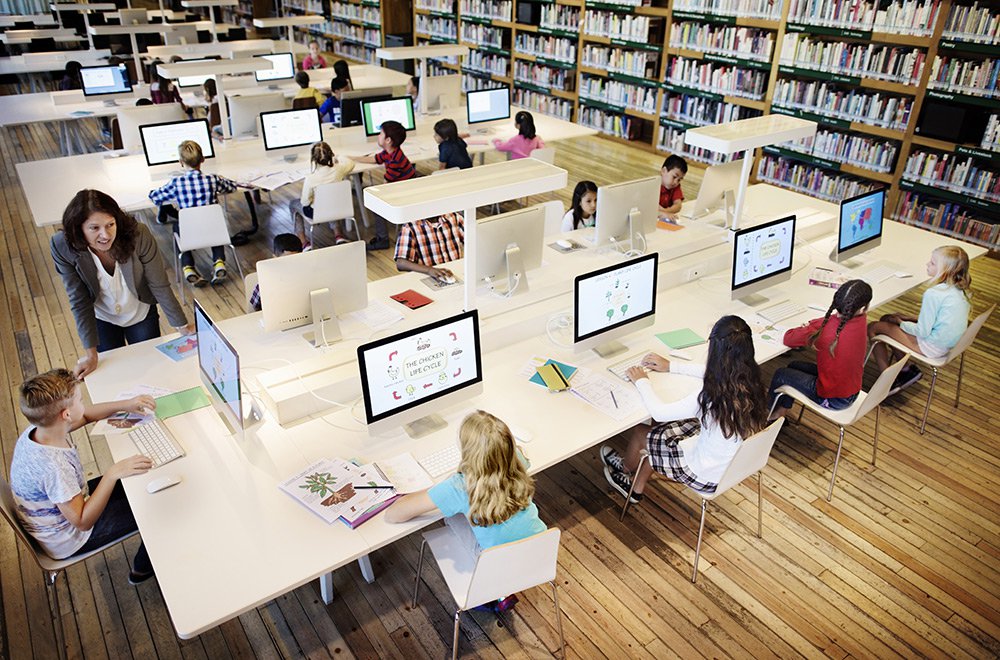 Schools and libraries are two places where low-income adults and children can easily access online information — especially in rural areas that may not have internet access elsewhere. The E-Rate program was designed to support the build-out of telecommunications infrastructure in these facilities to provide high-quality Internet access to everyone. The program is run by the Federal Communications Commission (FCC) with funding from Universal Service fees.

We recently sat down with Kim Friends, VP of E-Rate Compliance at CSM Consulting at GAMEIS in Savannah, Georgia, to discuss the E-Rate program, new changes, existing challenges and what to expect over the coming years.

E-Rate supports the buildout of high-quality Internet infrastructure in rural and low income schools and libraries that may not have reliable Internet access.

The E-Rate program provides discounts to assist schools and libraries in the United States to obtain affordable telecommunications and Internet access. These discounts range from 20 percent to 90 percent, depending on the level of poverty and the urban/rural status of the population served, and they represent one of the only forms of technology funding apart from grants and state funding options.

As awareness of the program grows, annual requests for funding under the E-Rate program have received almost triple the FCC’s $2.25 billion limit since the program’s introduction in 1996. These funds helped improve internet access in public schools from 35 percent in 1994 to 95 percent by 1999, while access within classrooms rose from three percent in 1994 to 63 percent in 1999. Since then, these figures have only continued to increase.

“The only place that [many students] are accessing these types of advanced technologies are at schools,” says Kim Friends. “It’s critically important that the E-Rate program continues to support [online] experiences for kids in the classroom, and at one point, maybe it will do something to help those kids maintain connectivity when they get home.”

The problem is that the program has been plagued by criticism and bureaucratic hurdles. The application process can take up to 18 months of planning to complete, and even when an application is approved, applicants need to meet ongoing requirements in order to actually receive the funding. These challenges have kept many schools and libraries from accessing the much-needed funding. In addition, there were some early instances of fraud that led to many skeptics of the program.

The E-Rate program went through a major change in 2014 when the FCC adopted a five-year test plan. The so-called E-Rate Modernization Order sought to expand subsidies for WiFi to target $1 billion in additional funding per year and address more Category 2 organizations. In December 2014, the E-Rate program increased its budget from $2.4 billion to $3.9 billion, enabling thousands more schools and libraries to access these much-needed funding options.

The move to focus on WiFi helped schools and libraries to move away from computer labs and transition to one-on-one digital learning and access. The FCC is currently seeking comments on the newly proposed rules, which can be accessed via the Electronic Comments Filing System: https://ecfsapi.fcc.gov/file/070950045522/FCC-19-58A1.pdf.

The five year test period will end on June 30, 2020, when the FCC will issue its final rules regarding the program. In its latest draft document, the organization ensured that Category 2 funding (which applies to the tier of schools and libraries in more urban areas with less poverty) will remain in place. Every applicant will have money that’s pre-allocated to them for the program, which helps ensure that all communities have access to these resources.

Unfortunately, the application process remains a key barrier for many organizations. Schools and libraries must request funding each year within a truncated period of time that’s not always well-publicized. There is also a hard invoice deadline, which, if missed, results in the forfeiture of the funds. The application process itself is also very arduous, taking months of planning to execute and consuming a lot of time along the way.

How to Raise Awareness

Many schools and public libraries are eligible for the E-Rate program but fail to take advantage of the benefits. The biggest challenges face libraries, which receive less support from state services than schools do in securing the funding. States may coordinate funding for schools, but libraries must often work with external consultants to secure funding.

Another hurdle is that libraries must establish and maintain the Children’s Internet Protection Act, or CIPA, guidelines for filtering and monitoring their usage of the services, but there are many public libraries that opt not to abide by these laws. This is an automatic disqualification from E-Rate funding, even if there’s a legitimate reason for opting not to implement these programs.

E-Rate has helped thousands of schools and libraries modernize their telecommunications infrastructure, and especially improve WiFi speed and accessibility. With the changes in the five-year plan, the program’s continuity has been preserved and funding has been expanded to Category 2 schools and libraries. There’s no longer any excuse to neglect the prospect of funding.

If you’re interested in modernizing your technology infrastructure, Lockstep Technology Group provides a wide range of enterprise services, including virtual desktops, user experience management, server virtualization, storage, networking, and cybersecurity. Contact us for more information about how we can help you get on the right track.

Download our checklist of application tips to ensure that you complete your E-Rate application correctly.